BOOK TOGETHER WITH A CAR NOW

If you wish to rent a Yukata, state so in the comments to your order, the payment is to be made on the day!

Yukata is a summer version of a Japanese kimono, normally made of a lighter fabric such as cotton and in lighter colors. Yukatas were traditionally worn in hot spring towns and most places will still provide you with one, but nowadays they are commonly seen as a summer festival dress code, and fashionable designs can always be seen to be worn in cities

How to arrange a Yukata?

Narita temple has a rich history of over 1000 years and offers visitors Japanese traditional culture and architecture.
It is located very near from Narita airport and Samurai Rental Car office. Even visitors in transit can enjoy this local tour which takes 2 ~ 4 hours.

Narita temple’s Omotesando (main street) is a lively street lined with stores that have been selling traditional crafts, foods and souvenirs to pilgrims and tourists for centuries.
Narita’s traditional festival Gion Matsuri has over 300 years of history and is held in every July.
Learn more

Visitors can also try traditional Japanese foods there, such as Unagi, as well as Wagashi and other sweets!
Unagi is a roasted eel in sweet sauce and served on top of the rice, it is a very popular dish not only among the Japanese but also foreign visitors.
Wagashi are traditional Japanese sweets that usually come in small pieces and beautiful shapes and colors.
Learn more

BOOK TOGETHER WITH A CAR NOW

If you wish to rent a Yukata, state so in the comments to your order, the payment is to be made on the day! 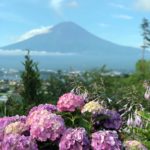 We stayed for three days near Mt. Fuji and Kawaguchiko and the ...
Read More 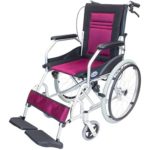